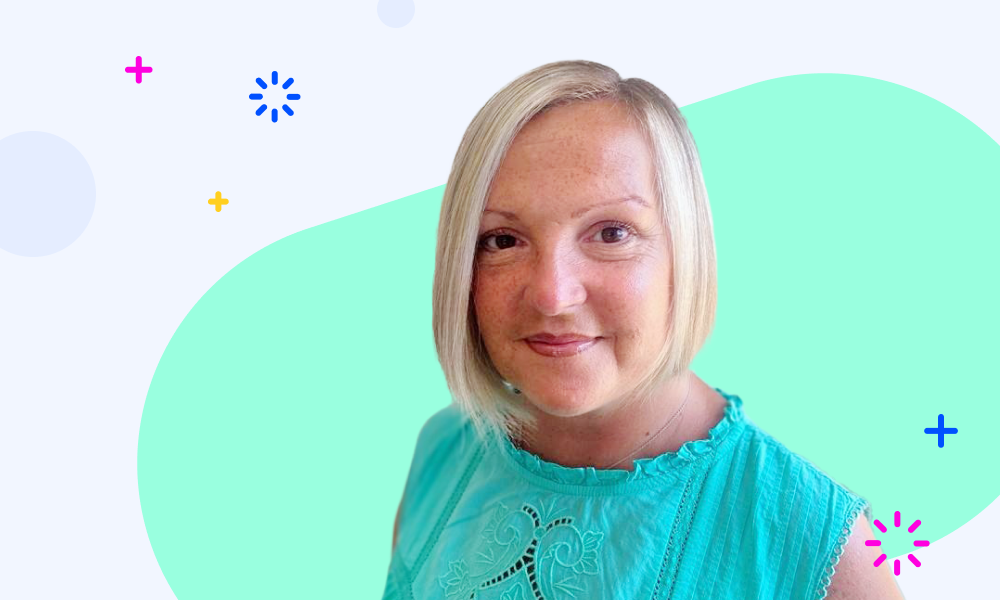 Medically reviewed This article has been reviewed by one of Sidekick’s medical doctors.

How I Live Well With Rheumatoid Arthritis: Ruth’s Story

Although its symptoms are far-reaching, it is possible to live well when living with rheumatoid arthritis (RA).

We chatted with Ruth, who was diagnosed with rheumatoid arthritis when she was a teenager.

She talked us through her reaction to her diagnosis, the impact her condition has on her mental health, and how she’s learned to live well with RA.

Ruth’s story is a reminder that your condition does not define you.

Please note that this article solely reflects the individual experience of the interviewee. This should not be taken as medical advice.

Could you share your diagnosis story with us? When were you diagnosed with rheumatoid arthritis?

I was a healthy, sporty, fun-loving fifteen-year-old when I started experiencing swollen thumbs, knees, and feet.

Some days the pain was excruciating and I could hardly move. The next day I was feeling near normal again. It was the most confusing time for me and my parents.

A few months later I was diagnosed with rhuematoid arthritis at the age of sixteen.

Within a few weeks it had affected every joint in my body and, at a time I was fostering my confidence and independence as a young woman, I became as reliant on my parents as I was on the day I was born.

I was unable to move, wash, feed, or use the toilet myself without their help.

I was given anti-inflammatories and the doctors were very positive that they could dampen the disease down quickly. Unfortunately, this wasn’t the case and I began an endless cycle of trying different drugs, each one bringing the promise of relief but ending in disappointment.

I spent days, weeks, and months in bed, relying on steroids to improve my quality of life. I would be admitted to hospital for weeks at a time for bed rest, steroid drips, and hydrotherapy.

Can you remember how you felt after your diagnosis? What feelings were you dealing with at the time?

Initially, my parents and I were relieved to finally get a diagnosis and find out what was happening to me.

To be honest, we had never heard of rheumatoid arthritis. We just thought arthritis was something that people got later on in life.

The doctors were very positive and reassured us that it would be controlled quickly and I would be able to go back to my normal activities.

As time went on and we realized it was going to be a longer journey, reality set in.

Because I was sixteen years old and still in school, my education was greatly disrupted. This also meant that seeing my friends was a lot harder. I felt very left out as I couldn’t join in with the normal things they were doing.

Instead of worrying about boys, hairstyles, and who was dating who, I was going to bed worried that I may not even be able to sit up on my own in the morning.

My whole world became suffocated by pain and I felt like I was losing my identity. It was all-consuming and very isolating. I was either in the hospital, going to the doctor for blood tests, or anxiously awaiting my next hospital appointment.

How did you manage to process your diagnosis? Was there anything in particular that helped you through the early stages?

I processed my diagnosis with the help of my parents, family, friends, and doctors.

Talking about how I’m feeling has always been very important to me and I’m very fortunate to have such supportive parents.

When I was diagnosed 30 years ago, there was no way to Google RA. My parents got hold of every book they could in order to learn about my condition.

We picked up leaflets from the hospital and, at the time, there was a support network called Young Arthritis Care that my Mum spoke to for advice.

What are some of the most common triggers that cause your rheumatoid arthritis to flare up?

I find the most common triggers that cause a flare are increased movement and activity, illness, stress, and hormonal changes.

My body always lets me know when I’ve done too much.

It’s hard to find the balance between staying active and not overdoing it. It’s taken me years to get it right and I still find it difficult sometimes!

When you’re having a good day, it’s so tempting to do the things you aren’t able to do on a bad day. It takes a lot of control to stop and rest!

I can also experience a flare up if I’m stressed or dealing with another illness. My RA also becomes worse before I started my period.

How does rheumatoid arthritis affect your daily life?

My life has been greatly affected by RA.

Over the years I‘ve had over fifty surgeries to replace and fuse worn-out joints. This consumed my life for years and was incredibly difficult to deal with.

For the last 11 years, my RA has been in remission but because of the damage to my joints, my mobility has been greatly impaired. I’m able to walk short distances but I use a wheelchair for longer journeys. I’m not able to drive or leave the house independently.

Pain and fatigue have the biggest impact on my day-to-day life. I need to pace myself and take frequent rest breaks in order to keep my pain to a minimum.

I’ve recently become more active and have increased my walking. This has helped me immensely.

Can you tell us about the impact your rheumatoid arthritis has on your mental health?

My mental health has suffered a lot over 30 years. I’ve battled with depression on and off since I was about seventeen. I’ve found that when I’ve been going through an operation or a bad flare, I seem so focused on getting better that my mental health isn’t too bad.

However, it’s after the trauma or when the pain decreases that I find things come crashing down on top of me.

There have been times when life has become unbearable. It was such a dark time that I’m so grateful to have recovered from.

I’ve had two episodes where I totally shut down mentally. But thankfully, I recovered with the help of therapy and my family and friends.

I’ve been seeing a great therapist for the past year. With her, I’ve finally been able to deal with some of the issues that I feel have held me back for years.

I’ve been able to grieve for the life I could have had and mourn the loss of my independence.

I have found a place of acceptance that I haven’t fully felt before. I’m sure I will face hard times again in the future but hope that the strength I have gained in acceptance will make these easier to cope with.

Are there any methods you practice regularly to improve your overall well-being while living with rheumatoid arthritis?

I find staying as active as possible is really important for my overall well-being.

I try to do as many steps as I can in short bursts throughout the day, resting in between.

I sing in a choir which uplifts me and I love the social aspect of attending.

I try to remain as positive as possible and focus on what I can do rather than the things I’m unable to do.

I love going to the theatre, cinema, and shopping with my husband, my mum, and my friends.

I think any distraction from the pain is helpful, whether it’s watching TV, catching up with friends, or writing poetry.

The support I’ve found on Instagram has been wonderful too. Talking to other people in similar situations has made me feel less isolated.

I try to eat as healthily as possible and this helps my overall wellbeing too.

Based on your own experience, is there anything you would like other people living with rheumatoid arthritis to know about living with the condition?

I would advise anyone living with RA to get as much support as possible.

The support I needed wasn’t available to me when I was diagnosed but I know it would’ve been greatly appreciated at the time.

As difficult as it is to see at the time, the good days will come again and the pain will get better.

Be as open as possible with your loved ones. Tell them how you feel. This will help you feel less isolated and alone.

Reach out on social media and find your RA community. There’s so much invaluable support out there waiting for you!

Don’t give up. You can live well with your rheumatoid arthritis. 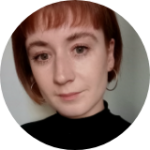 Find your sidekick
Back to homepage 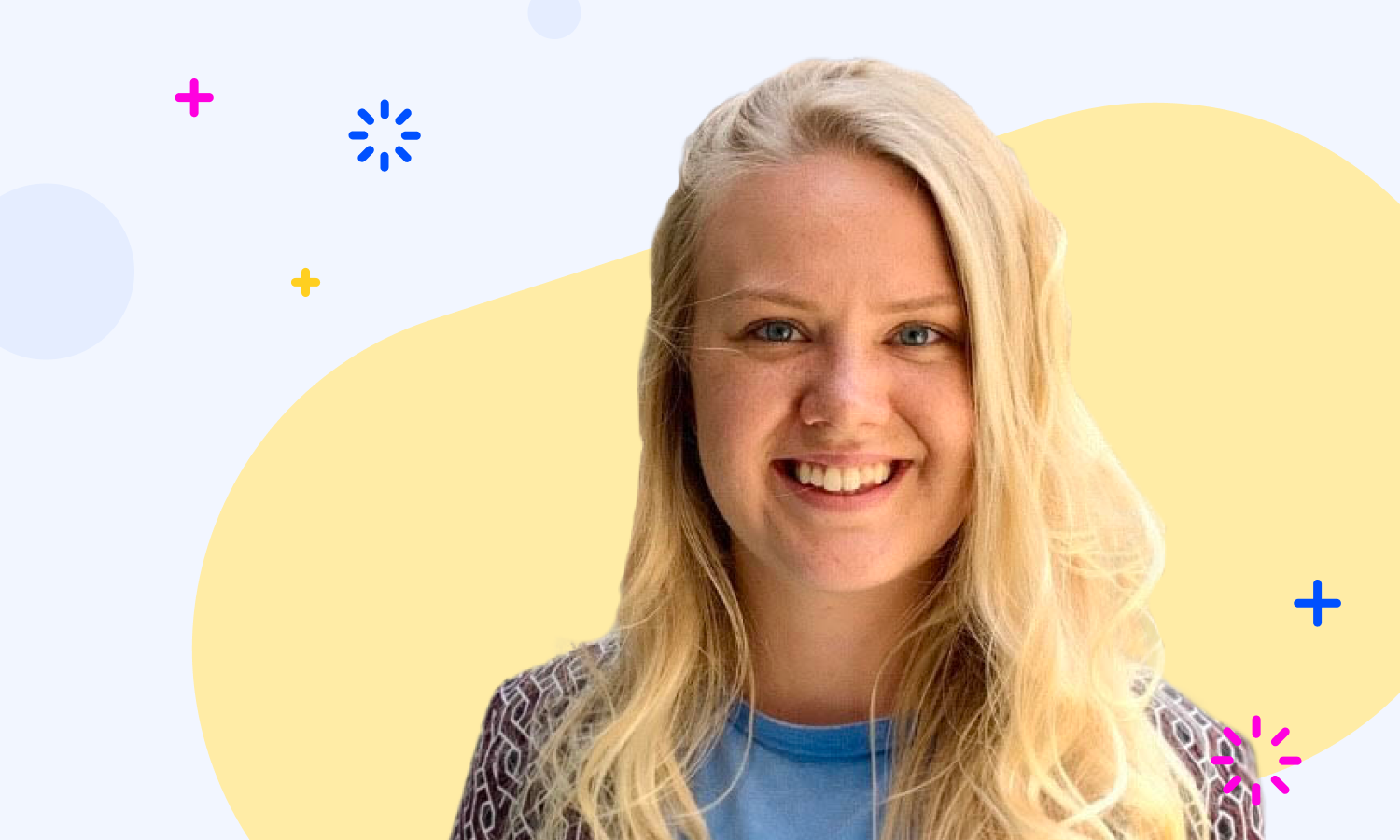 Ask a Health Coach: How to Live Well When Living With Crohn’s Disease

While Crohn’s disease is a condition with both physical and mental consequences, it’s totally possible to live well … 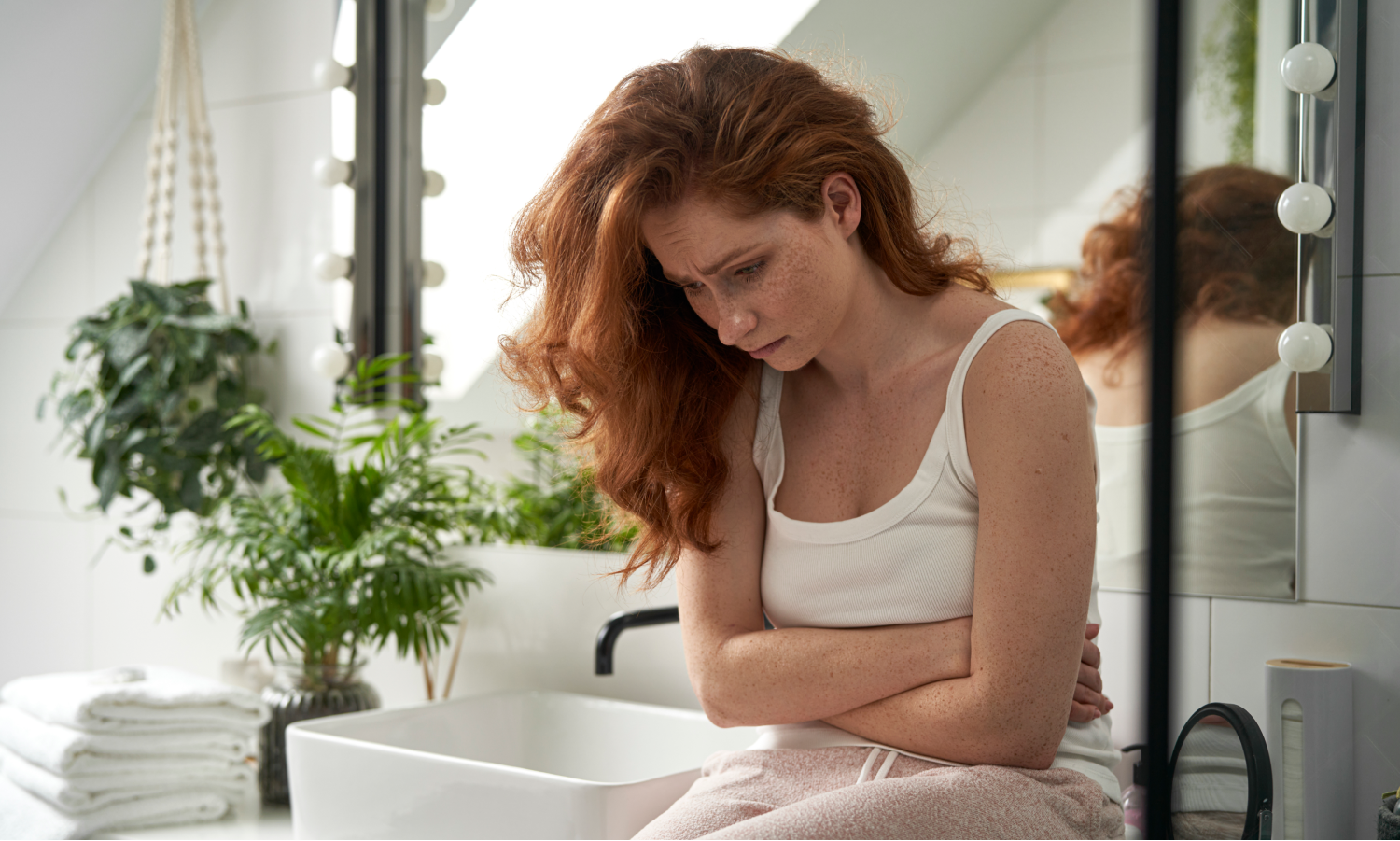 Stress can have a profound impact on our wellbeing. It can affect our body, thoughts, feelings, and behavior. If …

Get the latest stories, insights, and tips straight to your inbox.

Select your country and health condition to get started

Ask a Health Coach: How to Live Well When Living With Crohn’s Disease

While Crohn’s disease is a condition with both physical and mental consequences, it’s totally possible to live well …

Stress can have a profound impact on our wellbeing. It can affect our body, thoughts, feelings, and behavior. If … 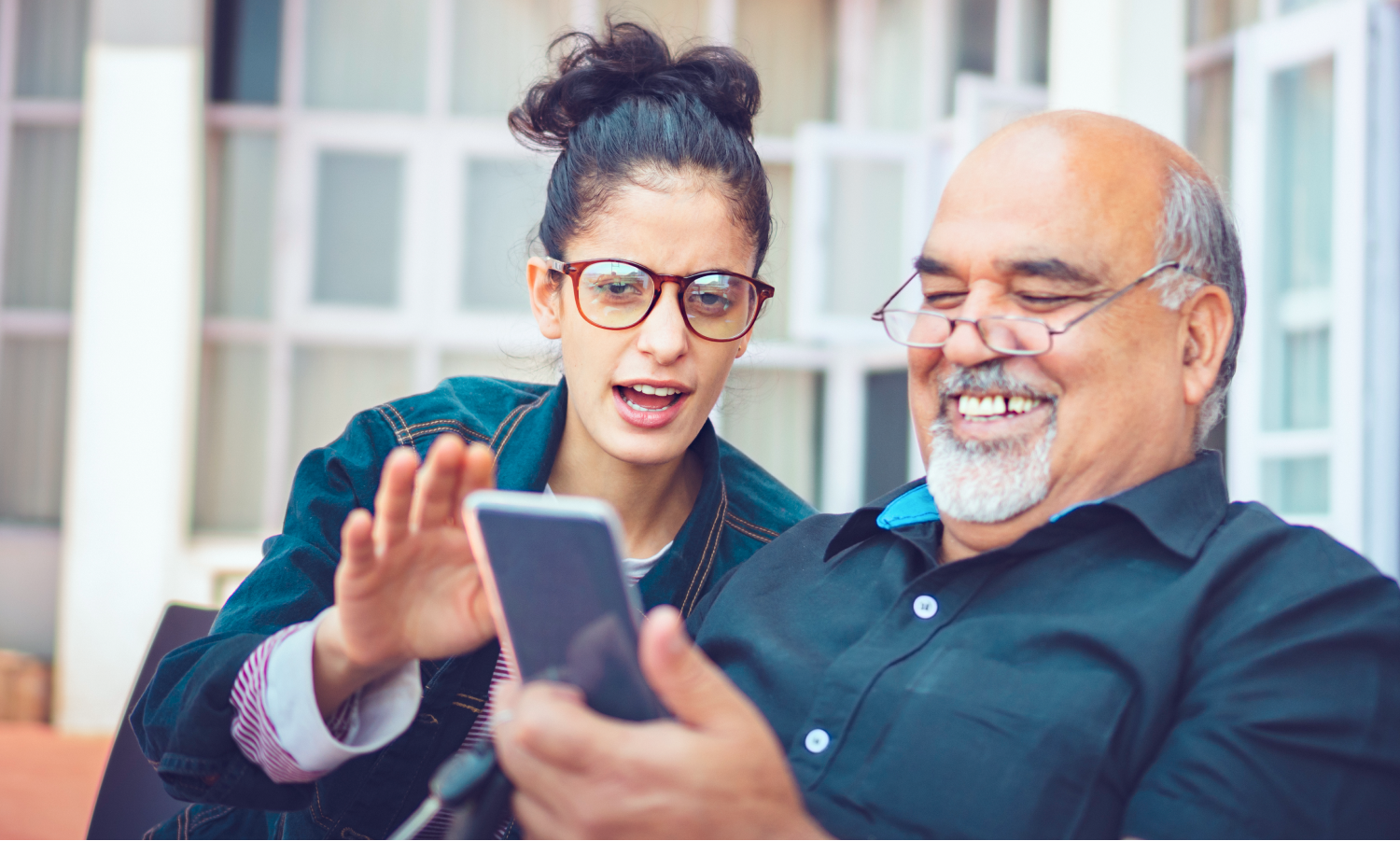 5 Common Stress Triggers: How to Recognize and Respond in a Healthy Way

If you’ve ever experienced stress, you’ll know that sometimes it can feel exhilarating; heading out on a first … 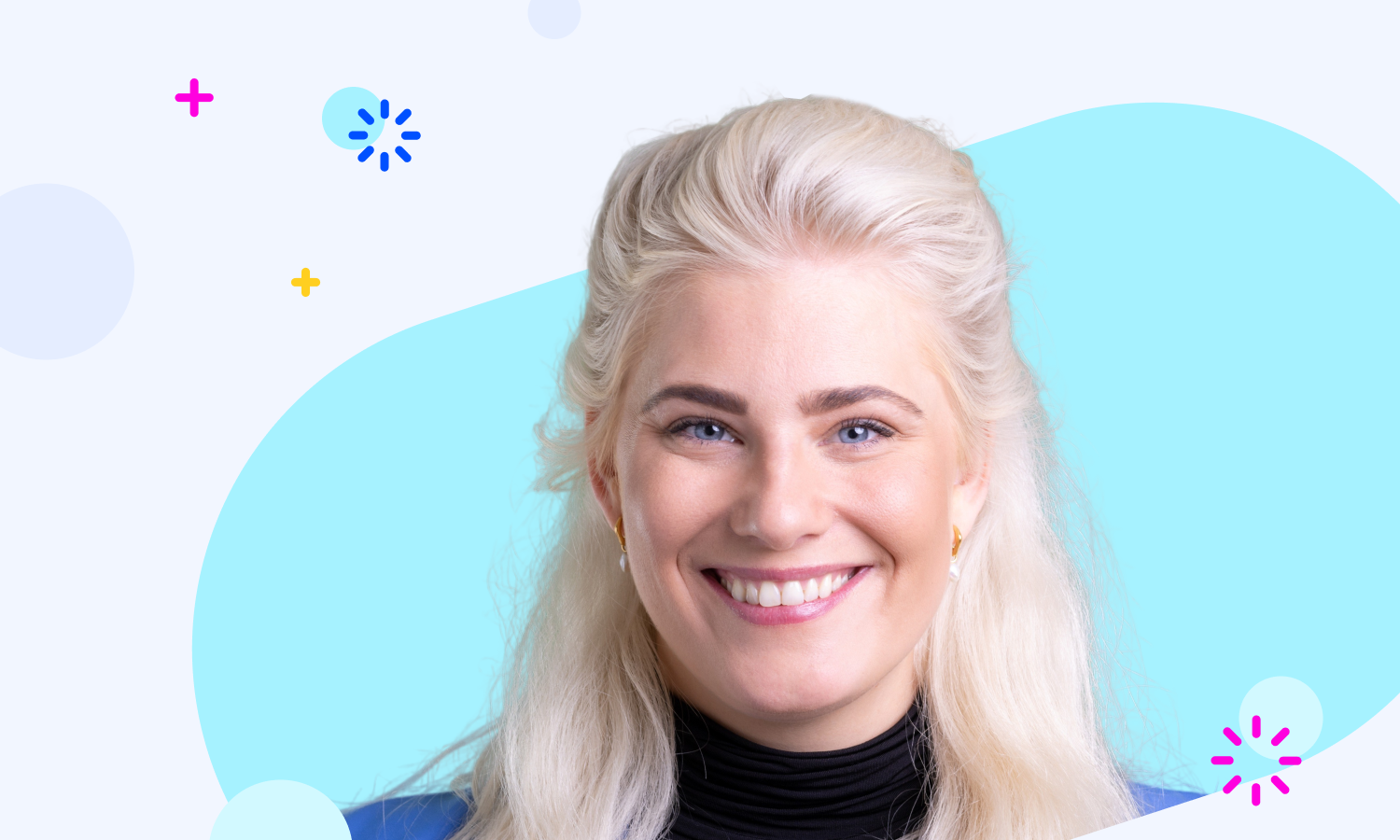 A Nurse Explains Why Patient Advocacy Is So Important

For people living with chronic health conditions, the healthcare system can often feel overwhelming, stressful, and … 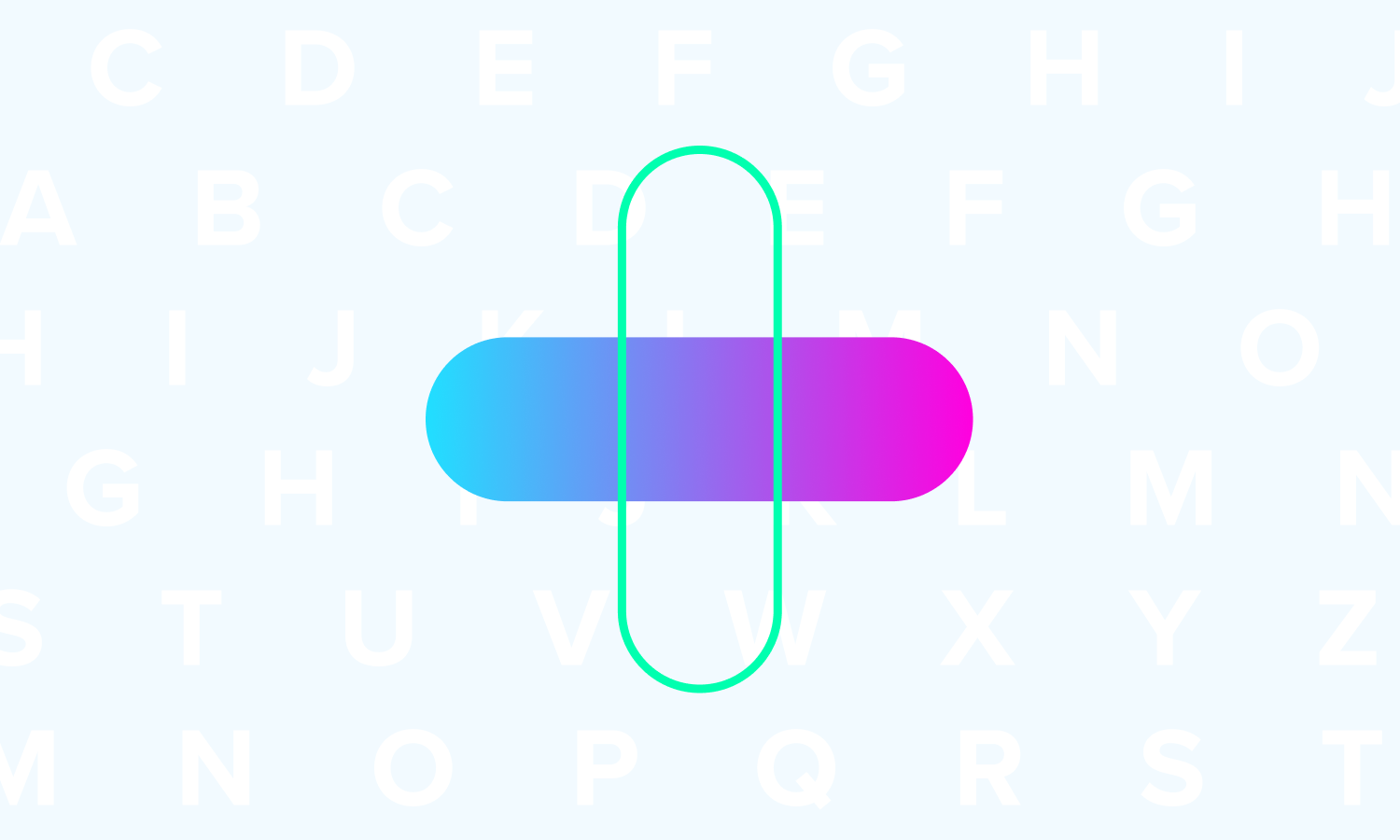 Do you ever find yourself coming out of an appointment with your doctor feeling confused? If so, you’re not alone. … 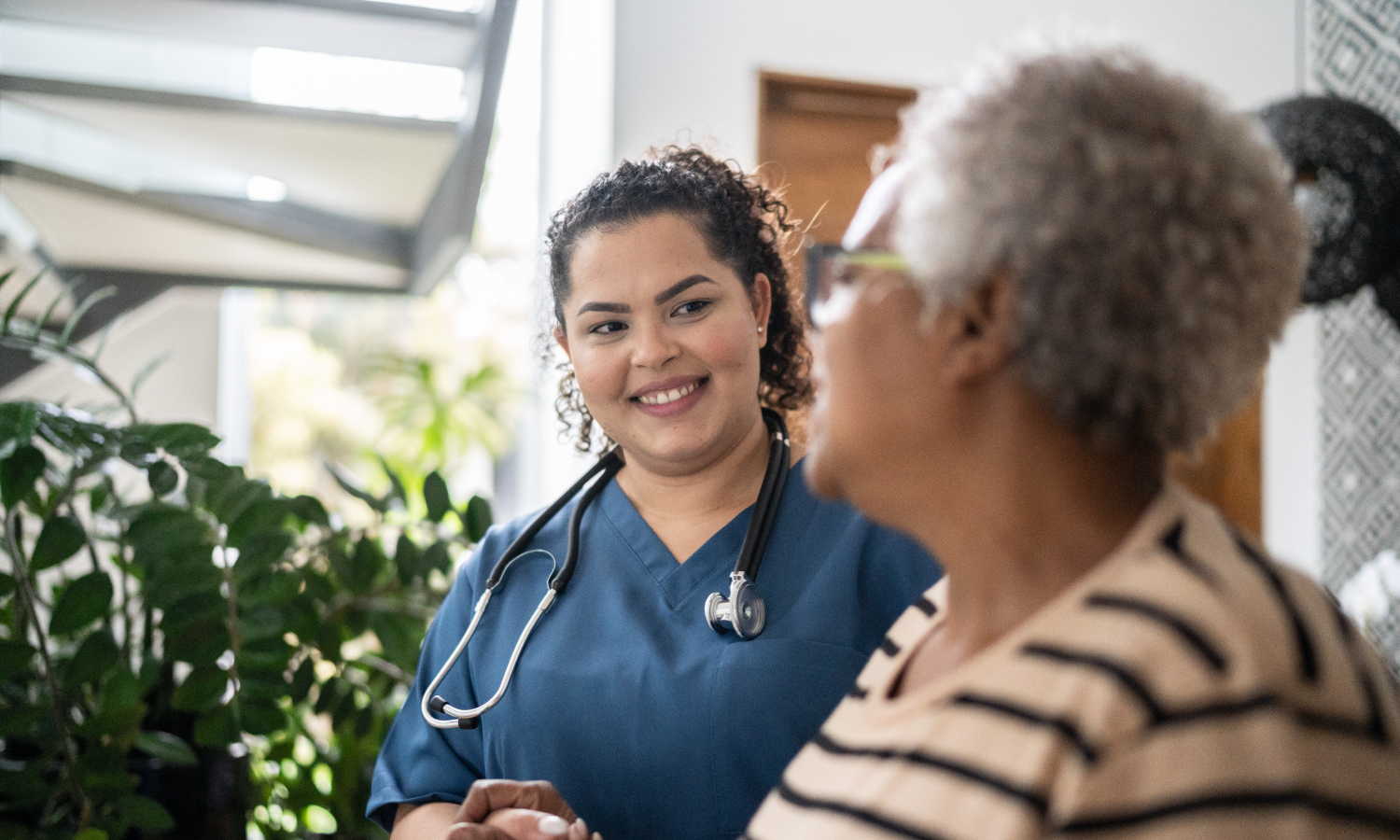 Patient Advocacy: What Is It and Why Is It Important?

What does patient advocacy mean? Who can do it? And why is it important for people living with chronic conditions? This … 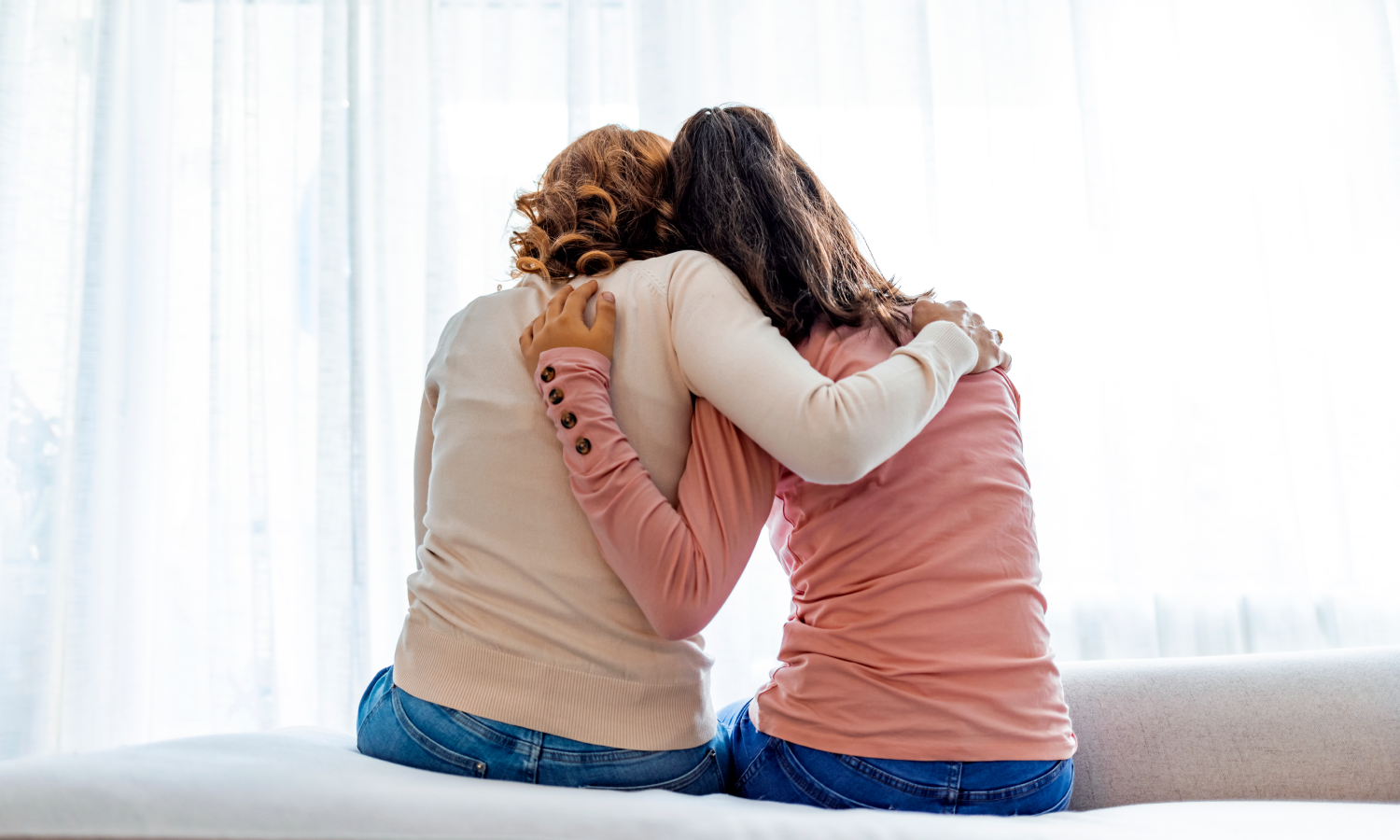 How to Take Care of Yourself First to Avoid Caregiver Fatigue

Caring for a loved one with a chronic condition can be incredibly challenging. As a caregiver, you are at risk of … 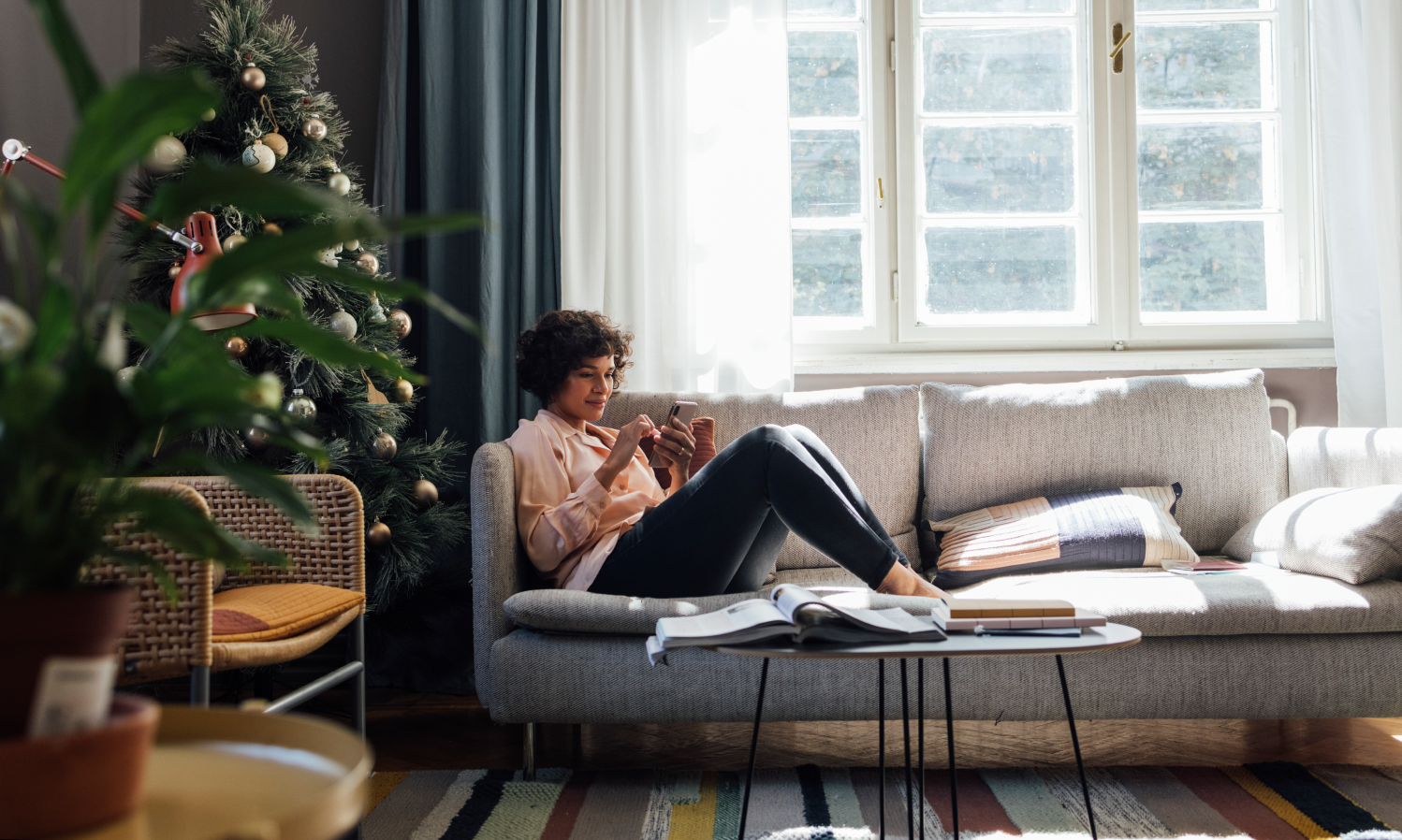 How to Live Well During the Holidays: Manage Stress and Set Your Boundaries

While the holiday season can bring joy, festivities, and happiness, it can also bring stress, worry, and sadness. At … 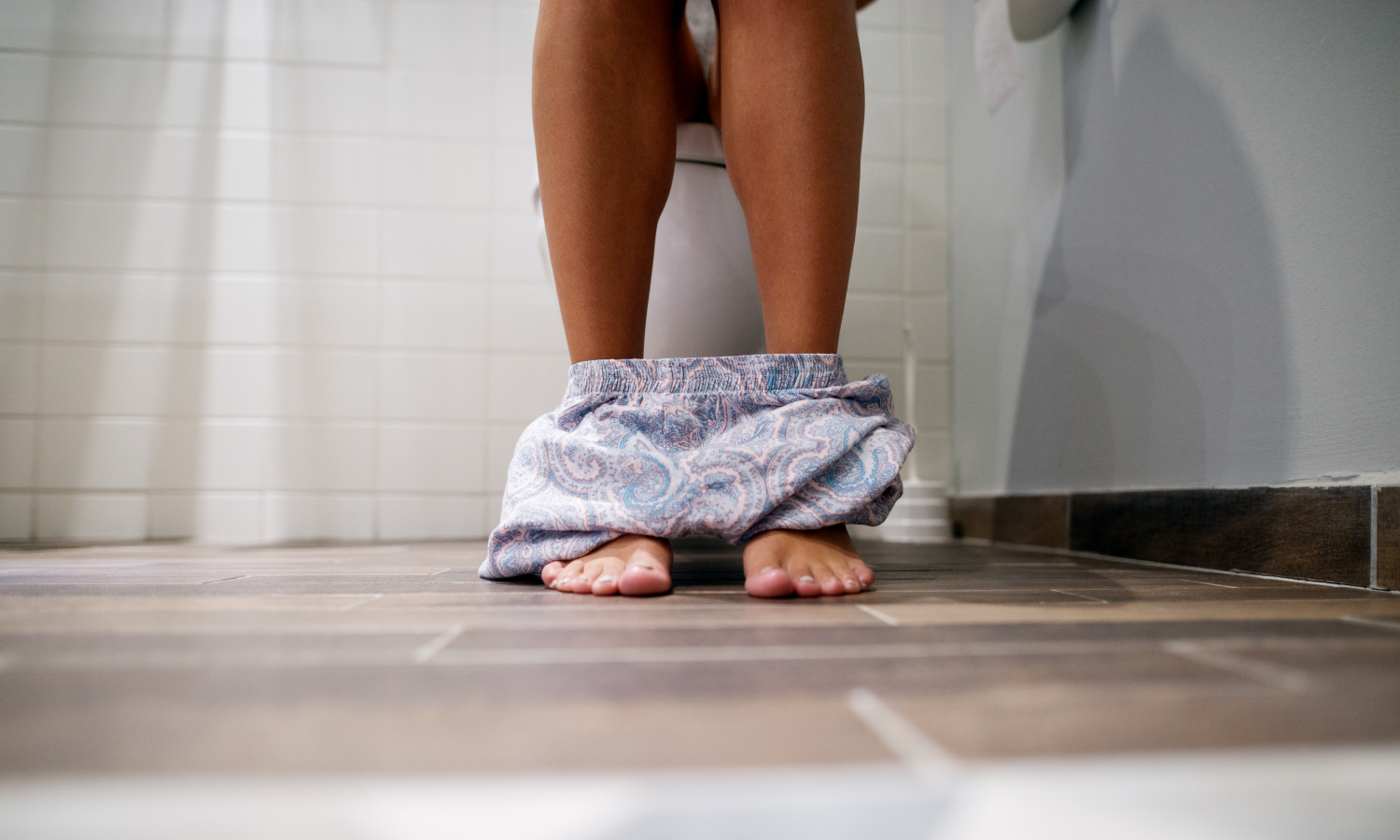 The Poop-Body Connection: Why We Need to Talk About Poop Now